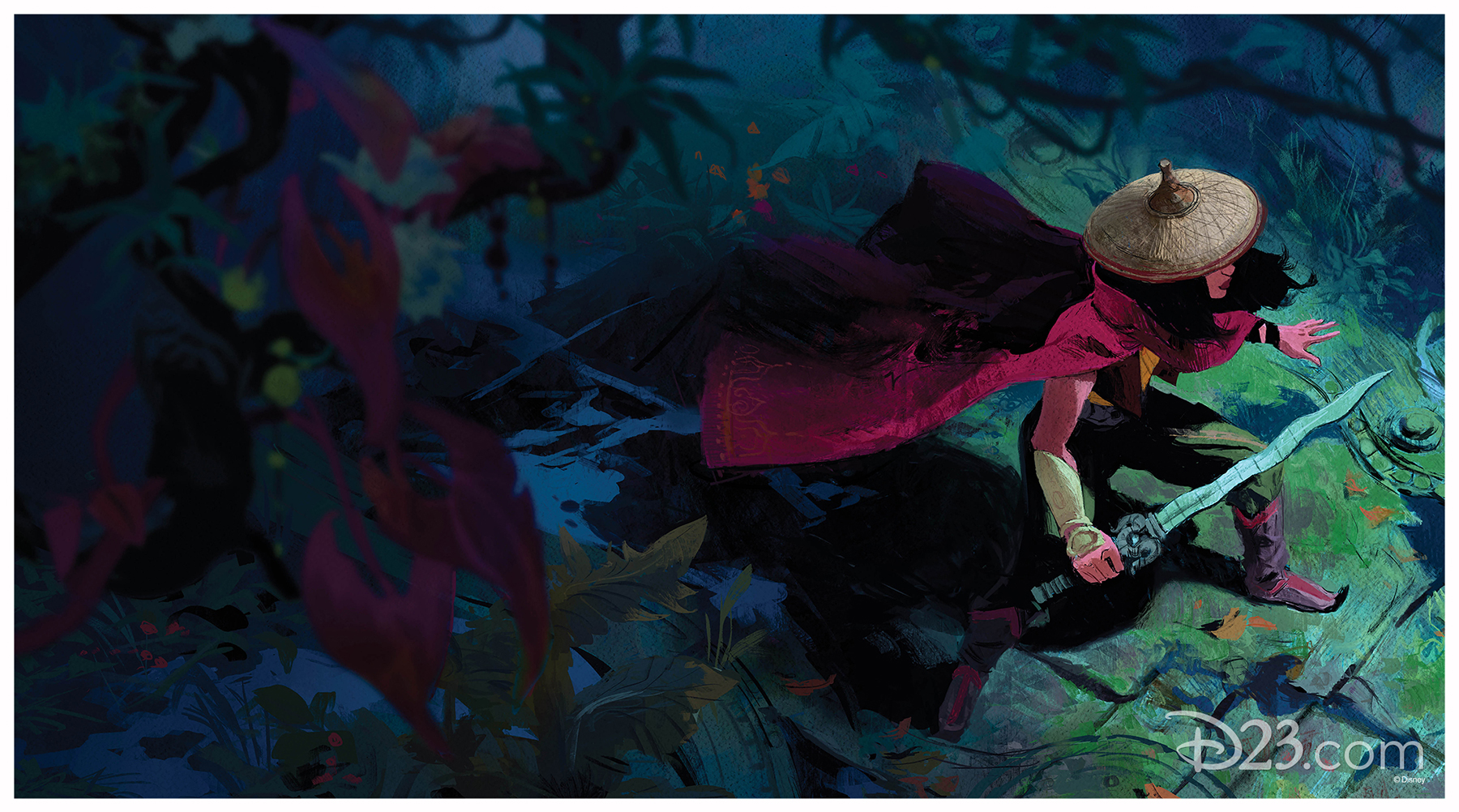 PLUS, CYNTHIA ERIVO ON FINDING HER VOICE FOR GENIUS: ARETHA, BRIAN HENSON ON HIS FATHER’S ENDURING LEGACY, AND JOHN STAMOS ON HIS LONGSTANDING LOVE OF DISNEY AND HIS NEW DISNEY+ SERIES

BURBANK, Calif. – February 4, 2021 – Disney fans are invited to explore the making of Walt Disney Animation Studios’ lush fantasy-adventure Raya and the Last Dragon in the new issue of Disney twenty-three, which features a stunning wrap-around cover created exclusively for the publication. The epic film follows the young warrior Raya on her quest to find the titular last dragon in an effort to save her land from encroaching darkness. Kelly Marie Tran (who plays Rose Tico in the Star Wars galaxy) gives voice to the warrior with Awkwafina (Marvel Studios’ upcoming Shang-Chi and The Legend of The Ten Rings) as the fabled dragon. The two stars, along with directors Don Hall and Carlos López Estrada, sit down to discuss creating this beautiful film that debuts in theaters and with Disney+ Premier Access on March 5.

In addition, a stunning fine art print of Raya concept artwork created by Disney animator and artist Paul Felix will be available exclusively to D23 Gold Members on shopDisney starting March 8 in a limited edition of 500.

Also in the new issue of Disney twenty-three, which is available exclusively to Gold Members of D23: The Official Disney Fan Club, The Falcon and The Winter Soldier stars Anthony Mackie and Sebastian Stan and director Kari Skogland detail making the second Marvel Studios series for Disney+, and how these two characters deal with their return from “the blip.”

Fans around the world continue to enjoy the enduring legacy of Disney Legend Jim Henson. From Muppet Treasure Island (celebrating its 25th anniversary this year) and Dinosaurs (celebrating its 30th)—both available on Disney+—to Muppet*Vision 3D at Disney’s Hollywood Studios, which opened 30 years ago, Henson’s genius lives on in such diverse entertainment as The Muppets Present… Great Moments in American History at Walt Disney World Resort, as well as Muppets Now and Earth to Ned on Disney+. His son, director and producer Brian Henson, and puppeteers Dave Goelz and Bill Barretta discuss the longstanding relationship between Jim Henson’s creations and Disney.

Plus, Disney twenty-three sits down with superstar and Disney fan John Stamos to talk about his enduring love of the magic—from acquiring a certain theme park sign and DisneyBounding to his new Disney+ series Big Shot. Emmy®, and Tony Award®-winning actor Cynthia Erivo and the team behind Genius: Aretha reveal how they brought the legend to life.

Also included in the Spring issue of Disney twenty-three:

Additional details will be available at D23.com. Disney twenty-three, which is delivered directly to fans’ doorsteps, is offered exclusively to D23 Gold Members as a benefit of their membership. The latest issue will begin arriving before the end of February.


About D23 The name “D23” pays homage to the exciting journey that began in 1923 when Walt Disney opened his first studio in Hollywood. D23 is the first official club for fans in Disney’s nearly 100-year history. It gives its members a greater connection to the entire world of Disney by placing them in the middle of the magic year-round through its quarterly publication, Disney twenty-three; a rich website at D23.com with members-only content; member-exclusive offers and discounts; and special experiences for D23 Members throughout the year.