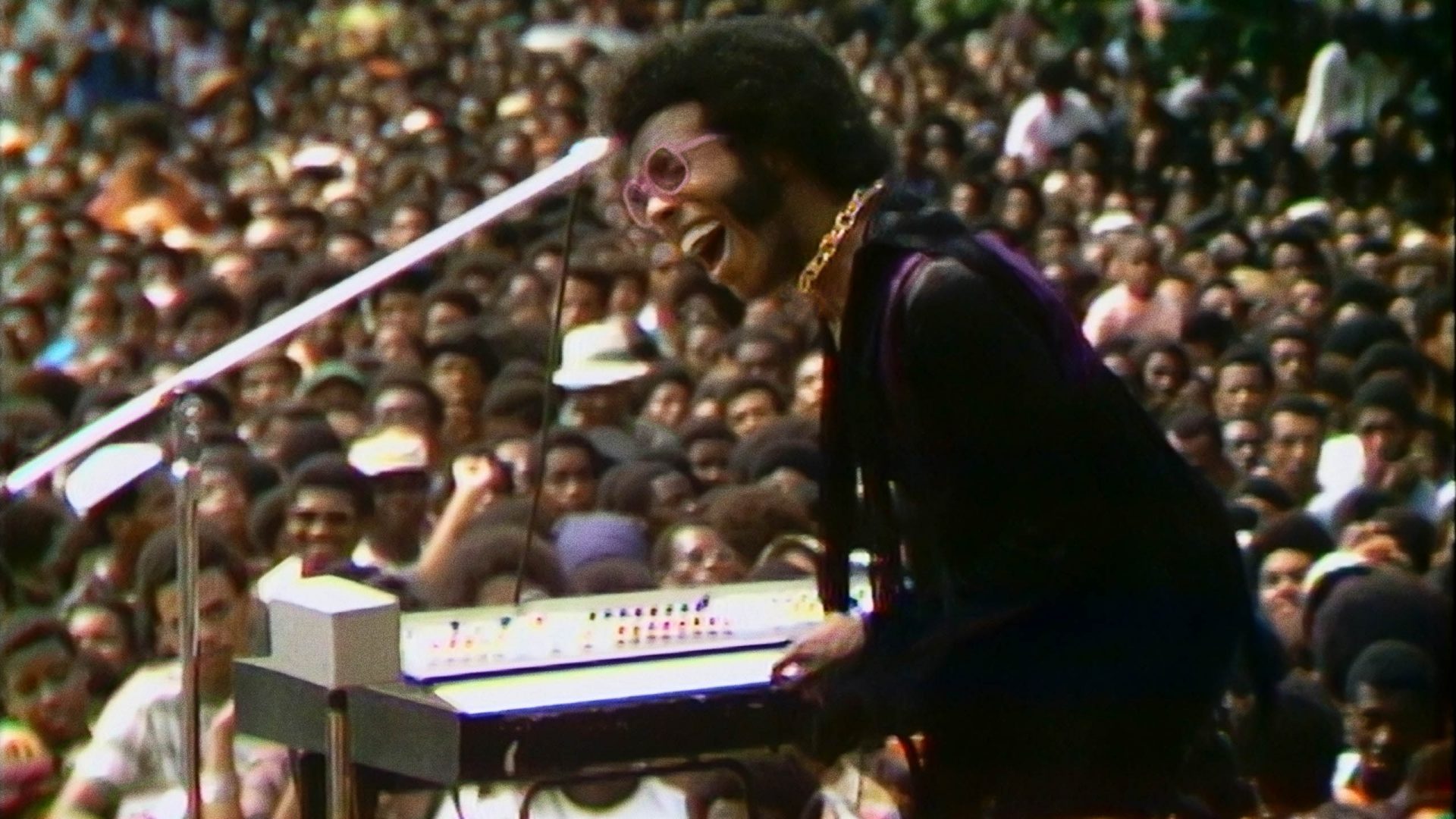 What if I told you that in the late 60s there was a festival that rivaled Woodstock, held in Harlem for free, and showcased some of the top black and Latin artists in music? Would you believe me? Surely a festival this large would be wildly known about right? This is the subject of The Root’s Ahmir “Questlove” Thompson directorial debut “Summer of Soul (Or, When the Revolution Could Not Be Televised)”

Oh yes, the Harlem Culture festival was a plethora of musical royalty and yet it is still a relatively unknown event… until now. The Harlem Culture Festival began in 1967 though the film focuses on the festival of 1969. The city’s new mayor, John Lindsay, a progressive republican, had an administration dedicated to civil rights and quite frankly wanted something to help qualm the ever-growing racial tensions. A community that had seen its leaders and allies assassinated one right after the other Malcolm X in 1965, MLK in 1968, Robert F Kennedy in 1968, not to mention the growing unrest over the Vietnam War. Thus, a decision by the city’s Parks Department was made to bring in Tony Lawrence a local entertainer, to organize events for the neighborhood. Lawrence used his charm and connections to put on a cultural festival that reached attendance numbers around the 300k mark over its three-year span.

Summer of Soul does a great job of showcasing the talent and the diversity of the cultural festival. Thompson used footage from producer Hal Tulchin who had repeatedly tried to sell this footage, though consistently denied as it became apparent Woodstock was the only music festival media was interested in. This footage was then stored and forgotten about for 50 years.

We the audience are greeted with performances by legends in the Black and Latin Community such as Stevie Wonder, Gladys Knight, Ray Barretto, and BB King; along with trailblazers such as the 5th Dimension and Sly and the Family Stone. But Harlem was a city rich with several cultures and the festival needed to reflect that. The struggles happening at this time were not only felt by African Americans; liberation and changes were desired by the Caribbean, Southern Africans, Latin, and South Americans and so Thompson was sure to represent this via artist selections.

The film displays racial pride as a focal point, said best by an interviewee midway in the film… “Unapologetically Black” started long ago. From the hiring of Black Panthers to provide security as the police were not trusted to do so, to Nina Samone’s performance of “To Be Young, Gifted and Black”.
Summer of Soul takes us on a ride through the evolution of music from gospel to Motown, the evolution and style, and the struggles of the black and brown communities. The film is sure to highlight the significant differences in what communities deem as important by using the juxtaposition of black and white community interviews on the moon landing. The vast differences in opinions on how important the moon landing was for the American people, was telling. This gives the viewer a real sense of the frustrations of the black community.

Overall, “Summer of Soul (Or, When the Revolution Could Not Be Televised)” is a great movie that manages to take you on a journey through the psyche of the black and brown communities of 1969. Sadly enough, these struggles are still relevant in 2021.

*Summer of Soul has been acquired by Searchlight Pictures and Hulu