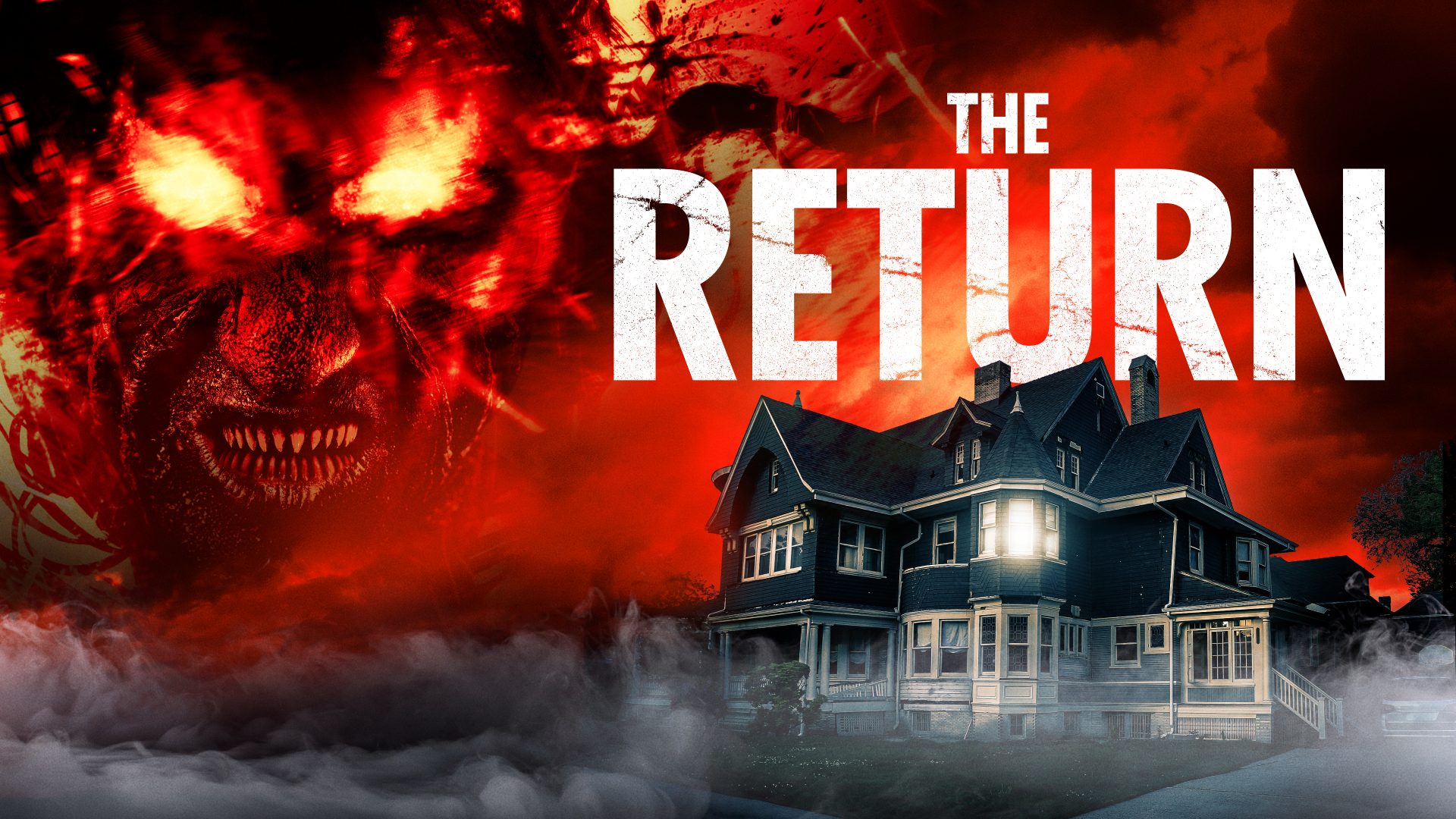 Richard Harmon and Sara Thompson, stars of The CW’s smash-hit series The 100, star in the award-winning supernatural thriller The Return. The synopsis is as follows:

Rodger (Richard Harmon) returns home from college with two friends to settle the affairs of his recently deceased father. They begin to experience weird and unsettling occurrences in the house. Rodger is soon plagued by strange childhood memories about a haunting by a ghostly presence. These memories boil over into reality culminating in an intense showdown with the terror that has come back.

BJ Verot (Patterns, After the Rain) is making his feature directorial debut with The Return. Written by BJ Verot and Ken Janssens (Gutshot, Orion).

Watch the trailer for The Return:

Richard Harmon (The 100, I Still See You) stars as Rodger, trying to deal with his latest loss while trying to remember what exactly happened in his childhood. Harmon does a good job portraying the confusion and intrigue that plagues his character. However, it did feel like the script was missing some important emotional notes. Rodger is dealing with a lot of loss yet there seems like there is little room for emotional beats. It’s less of a problem with Harmon’s performance, but more on the writing, which was more focussed on the action.

Echo Andersson (Channel Zero, Rosie) stars as Jordan, Rodger’s closest friend. She acts as the comic relief, lightening the mood of what is a dark time for Rodger. Sara Thompson (The 100, Burden of Truth) is Beth, Rodger’s girlfriend who is a little jealous of his relationship with Jordan. Andersson and Thompson both do a good job with their roles. There isn’t a whole lot of growth with the characters but the setup doesn’t allow for that.

Described as a supernatural thriller, The Return seeps into science-fiction horror territory as well. It is very much a combination of genres. We’re quickly shown the basement that Rodger’s mother did all her physics research in, untouched since her death years before, and told that Rodger is a top physics student. So, you know that will play some sort of role in the film.

The Return does plod through a lot of cliches, especially at the beginning of the film. Creepy dolls, slamming doors, creaky floorboards, it’s all in there. But The Return does move away from that somewhat as it progresses.

The film has a fast pace to it, with only a 90-minute runtime it has to keep moving. The Return wastes no time in getting into the haunted house aspects of the film and then really takes off at the 15-minute mark.

A lot of The Return feels familiar but the lean into science does take it into fairly untrodden territory. Although I wasn’t personally a big fan of that part of the film, it is the thing that will make it stand out in the memory. Many horror fans will likely appreciate something different.

The effects in The Return are good for a low budget film, especially the practical effects.

Brad Crawford’s (Echoes in the Ice, Black Wedding) cinematography is great. Well shot and lit, with stylistic choices suiting the narrative. The score however, was less well executed. It was a little heavy, making the upcoming horror or emotional moments very obvious. A little more subtlety with the score would have been better.

Overall, there is enough quality in the film to warrant your time. The final act of The Return felt a little weak to me, it really goes for the science angle which seemed a little silly in the execution. It all happens so quick that I wasn’t really buying it. However, that will likely be popular with a large section of the audience as it’s a fairly unusual turn. The Return is an effective thriller/horror with good performances. It’s a strong debut feature for director and co-writer BJ Verot.

The Return is released on demand and digital August 10