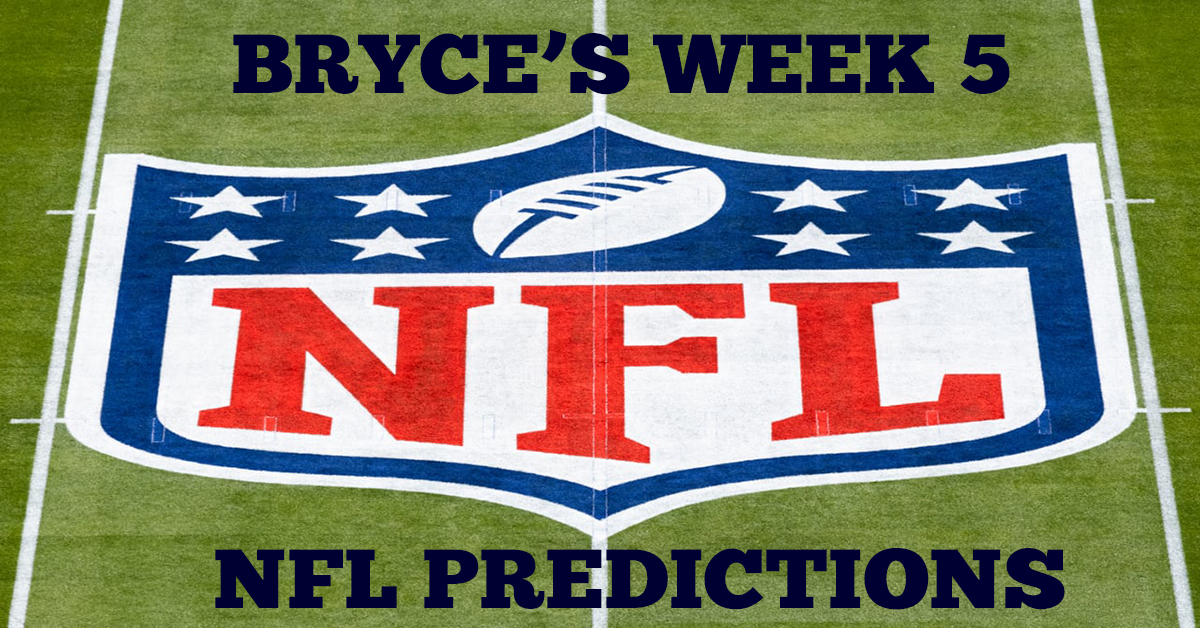 The next game I will predict is the Bills @Chiefs game on Sunday Night Football. I think this will be a really good game. However, I actually think the Bills can come up on top of the Chiefs in a very close game and a shootout 36-33 because for one thing, the Chiefs defense just don’t look good and the Bills defense pitching a shutout over the Texans 40-0 last week. I think their defense will eventually start to slow down the Chiefs offense a little bit and do enough to win the game. The last game I will predict is the Colts @Ravens game on Monday Night Football. The Ravens have a 14-13 record on Mondays all time, but are 5-3 at their stadium and that is an okay record and the Colts have a 25-18 record on Mondays all time, however they are 11-12 on the road on Mondays. Pretty interesting records! And following the records on paper, I think the Ravens will beat the Colts in a close game 35-27.

So, what do you guys think about the NFL week 5 picks?! I would love to hear lots of comments, thoughts, opinions, questions, or concerns down below! Stay tuned for NFL updates.