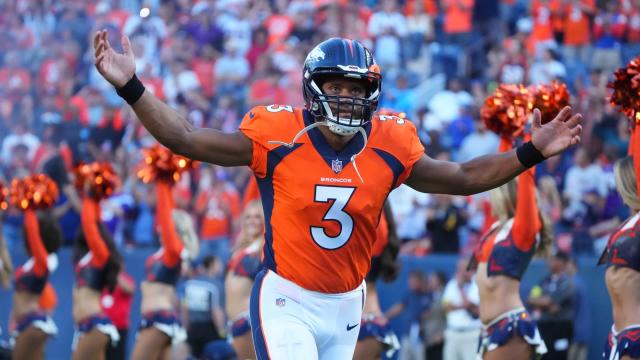 Good evening everyone! Today I am going to make my first NFL week 1 picks of the season as to who I think will win and lose. So, let’s get started, shall we?! So, my first game I will predict is the Packers @Vikings game, the divisional rivalries. Both of these teams are looking to make the playoffs this season. The Vikings won in a close game last season when these two teams played 34-31. I think that this game will be quite different from last time and I will pick the Packers to win their first game over the Vikings in a close game 30-24. I just feel like the Packers will be a better team than the Vikings. The next game I will predict is the Steelers @Bengals game, the divisional rivalries. The Bengals swept the Steelers last season. I know that a lot of people might pick the Bengals to win, but I actually think that the Steelers will win their first game over the Bengals in a close game 24-21 because I just think that you should never underestimate the Steelers. You never know that the Steelers are going to win or lose and they might surprise some people. The next game I will predict is the Colts @Texans game, the divisional rivalries. The Colts swept the Texans last season and they are looking to making the playoffs this time. I think the Colts will get off to a good start by winning their first game over the Texans 27-13 because I think that they really want to make sure that they are in the playoffs. They cannot afford to lose to big games. They will lose some games because of good teams, but you have to give yourselves a chance. You cannot rely on anyone helping you get there. Do it yourselves because getting help from teams are not always going to work. The next game I will predict is the Patriots @Dolphins game, the divisional rivalries. Both of these teams are looking to making the playoffs. The Dolphins were just short of making the playoffs last season. They have a chance to go deep into the playoffs because they have a dangerous offense such as Tyreek Hill who has been traded by the Kansas City Chiefs. I think this is going to be a great game to watch. I think the Patriots will just barely be able to beat the Dolphins 32-29.

The next game I will predict is the Chiefs @Cardinals game. The Chiefs came up short in the AFC Championship game by losing to the Bengals and the Cardinals just absolutely collapsed towards the end of the season. These teams are looking to make the playoffs again. The Cardinals are pretty banged up in the secondary and the Chiefs are as well so this could be a shootout. The Cardinals need to try and keep the Chiefs offense off the field as much as they can by scoring touchdowns and yes you will probably kick some field goals because not every team is perfect all the time. The Cardinals defense cannot allow too many rushing yards and passing yards and it might be hard because the Chiefs offense is dangerous. The Cardinals also cannot keep getting penalties too much and they need to run the ball to help with the passing game. Don’t keep passing it. Don’t get too cute in the red zone and that means Kliff Kingsbury. But can they actually beat the Chiefs in Arizona? Well last time, the Cardinals have beaten the Chiefs in 2014, 17-14. I want to give the Cardinals their first win of the season, but I’m afraid to say that I think the Chiefs will win the game over the Cardinals in a close game 30-27. I just feel like the Chiefs might be a little too much for the Cardinals to handle and I’m not sure that if the Cardinals will do just enough to beat the Chiefs. I could be wrong, but I just don’t think that they have a chance.

The next game I will predict is the 49ers @Bears game. I think the 49ers will beat the Bears 31-17. The next game I will predict is the Buccaneers @Cowboys game on Sunday Night. It will be the quarterbacks Tom Brady and Dak Prescott. Tom Brady will have his new weapon Julio Jones to replace Antonio Brown who threw his jersey in the stands against the Jets in New York last season. I think the Buccaneers will beat the Cowboys in a close game 38-31. The Bucs offense will be a little too much for the Cowboys to handle and the defense may be able to stop the Cowboys offense just enough. The last game I will predict is the Broncos @Seahawks game on Monday Night Football. Russell Wilson will be coming back to Seattle and get the standing ovation even though they will not be happy about him being traded. I think that the Broncos will beat the Seahawks 34-24. Russell Wilson is also a dangerous threat to the defense and he will do just enough to beat his former team.

So, what do you guys think about the NFL week 1 picks?! I would love to hear your opinions, thoughts, comments, questions, or concerns down below!