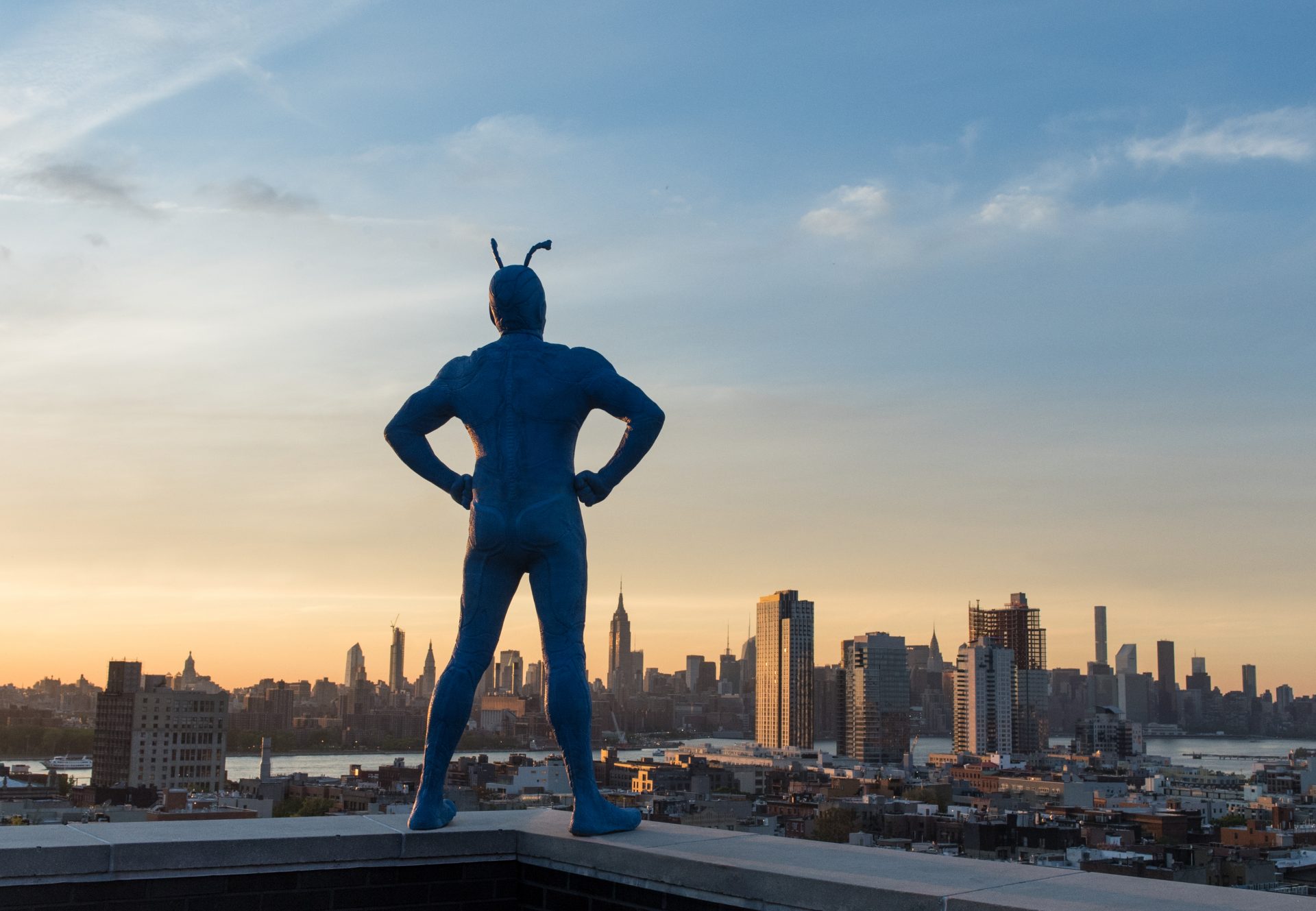 Last year, I reviewed the pilot for the new live-action iteration of “The Tick,” wherein I said it showed a lot of promise. That promise has been fulfilled. This “Tick” is a triumph.

In the pilot, Arthur (Griffin Newman), a rather fragile chap, lives in The City and remembers the day he lost both his father and his favorite superhero group, The Civic-Minded Five, during the latter’s fight with mega-super-villain, The Terror (Jackie Earle Haley). The Terror is subsequently dispatched by The City’s star superhero, Superian (Brendan Hines).

Years later, Arthur is an accountant with a history of emotional problems and an obsession with The Terror. Worried for Arthur is his sister, Dot (Valorie Curry). Her career as an EMT includes a side job stitching up criminals for the local mob.

Into Arthur’s life comes The Tick (Peter Serafinowicz), whose cheerful belief in justice and in Arthur’s destiny unnerves our shy protagonist. As their relationship develops, The Tick gets Arthur his own superhero suit and then the race is on. Bad guys, including the lightning-powered Ms. Lint (Yara Martinez of “Jane the Virgin”), covet the suit for their own. Will Arthur become The Tick’s sidekick and fulfill his destiny, or will he have one final nervous breakdown? Is The Tick even real?

The new series is a pure distillation of creator Ben Edlund’s skewed sensibilities, according to the “Tick” panelists at this year’s San Diego Comic-Con. Edlund’s vision for this iteration is to parody the grimdark superhero film. “Taking The Tick seriously was the funniest thing I could think to do,” he said at the panel. “It’s extra absurd.”

That extra layer of seriousness means a couple of things. Peppered throughout this decidedly mature outing is adult language and bloody violence. Mixing in the Tick’s persistent belief in goodness makes for some extra-absurd, extra-funny moments.

Each of the four episodes viewed for this review are quickly paced gems featuring perfect casting all around. Serafinowicz brings a gleeful confidence to his Tick, and Newman’s Arthur has the right blend of pathos and bathos to give the audience empathy for his predicament while still laughing at some of the things that happen to and around him.

The show manages to quickly establish a complete world for this version of The Tick to inhabit. Throwaway references and other Easter eggs abound in the background, which will tickle long-time fans while giving new viewers a laugh as well. The attention to detail everyone put into the show pays off wonderfully.

Haley is scary and delightful as the decrepit Terror, who continues to haunt Arthur as an adult. Martinez brings the right amount of fear-inducing menace and empathy-producing sadness to Ms. Lint (her moniker is both unfortunately and hilariously accurate). Curry brings the right amount of sympathy and strength to Dot, whose work for Stosh (Tyler Bunch) could lead to serious trouble.

The cast in the first four eps are all quite good, from Hines’ “perfect” Superian to Scott Speiser’s ridiculously violent Overkill. Michael Cerveris (the sympathetic Observer on “Fringe”) stands out as the foul-mouthed Ramses IV, whose hold over Ms. Lint may not be as tight as he thinks. Also noteworthy is Alan Tudyk’s performance as the voice of Overkill’s assistant, Dangerboat, an entity that appears more interested in producing EDM mixes dedicated to itself than helping its boss.

The show’s level of parody and seriousness never wavers through the first four eps, providing a tasty meal of mirth and misery that’s neither too light nor too heavy. Arthur’s mental state isn’t mocked, for example, but it can produce some funny situations. “The Tick” hits all the right beats in its dissection of the current superhero zeitgeist while providing fans and new viewers alike a dose of absurdity that is a more than welcome antidote to daily real life.