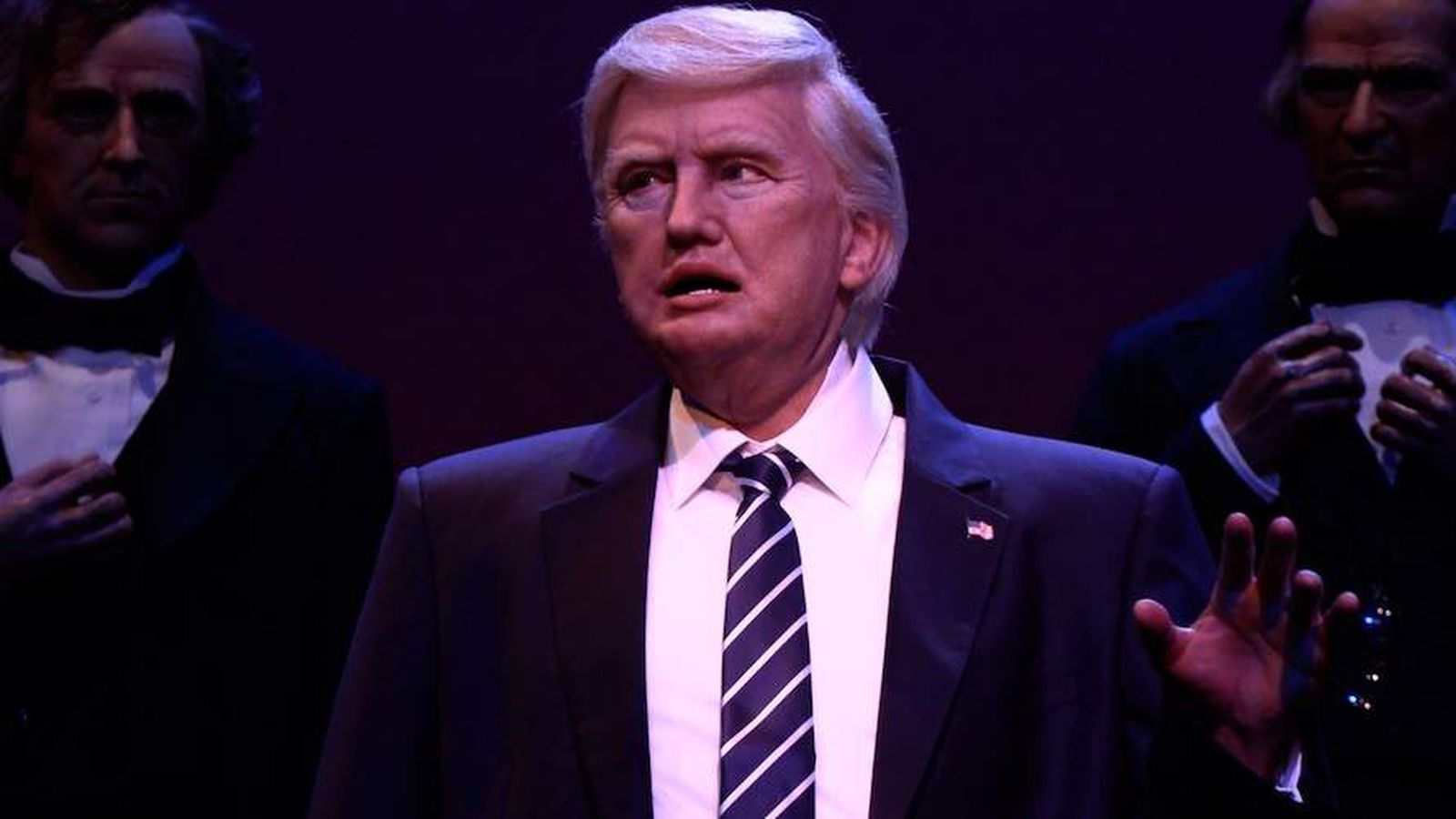 Hi everyone! I have some more Disney updates that I want to discuss with you all so that you will know what is going on with Disney and what could be happening pretty soon. So, let’s get started, shall we?! At Disney World, a ticket booker alerts the police to domestic violence victim. An alert Walt Disney World ticket booker was able to help a Pennsylvania woman who called pretending to buy theme park tickets but was really trying to get away from her abusive boyfriend.

According to a report from the Northern York County Regional Police Department in Pennsylvania, a Disney employee called 911 and said she had a woman on the line who she believed needed help.

The Disney employee told police she sensed something was wrong because she heard the woman yelling “get off me” and “get away from me” at someone while they were on the phone together on Jan. 9.

The Disney employee then started asking the woman yes or no questions. She asked if the woman was actually calling to book a trip, to which the woman replied “no.”

“She then asked (the woman) if she needed law enforcement to her home and she stated ‘yes,'” the report said.

The Disney employee also asked the woman if someone was hurting her, and the woman said “yes.”

Police arrived at the home and found that the woman and her boyfriend had been arguing.

The woman told police that she and 38-year-old Wayne Shifflett had been arguing about him getting a “real job” instead of selling fire extinguishers.

The woman told police that Shifflett had choked her, and that she was afraid she was going to die.

Shifflett was arrested and charged with strangulation, terroristic threats with intent to terrorize another and simple assault. So, yeah that could have been a disaster if she has died while getting choked by her boyfriend Shifflett.

The Hall of Presidents attraction at the Magic Kingdom park at Disney World has been shut down because of the inauguration of Joe Biden. When Walt Disney World’s Magic Kingdom opened for the day on Jan. 20, before Trump left office and Joe Biden took the oath as the 46th president of the United States, it opened without the Hall of Presidents, which closed indefinitely as of today.

Walt Disney World’s website says that the attraction is “closed for refurbishment.” A sign in front of the entrance reads, “The Hall of Presidents is currently being prepared to welcome our new president.” As of today, the show that had been running in Hall of Presidents for the last four years is outdated. That show, which ended yesterday, featured Donald Trump in his featured role as acting president. While every president since Franklin D. Roosevelt has a speaking role in the show, the current president has the most prominent role — except for Abraham Lincoln, also featured at length, who was a personal favorite for the late Walt Disney.

During Trump’s administration, the Hall of Presidents had become increasingly contentious over the years. Left- and right-wing petitions on Change.org alternately called for Trump to be removed from the show, Trump’s speech to be re-recorded to include more positive language and for Trump’s animatronic to be removed so that a more flattering likeness could be added.

Tradition dictates that when a new president is elected, the Hall of Presidents closes to install a new animatronic. Bill Clinton was the first sitting president to record his own speech, followed by George W. Bush, Barack Obama and Donald Trump.

Whether Disney will choose to continue the tradition in the same way, simply adding an animatronic of Joe Biden with a recording of his own voice, is anyone’s guess. The same is true of how long the closure will be. When Obama was elected, the show closed from from November 2008 to July 2009, and reopened with a totally revamped show. When Trump was elected, the show closed from January to December 2017. Many speculated that the delay came from Trump’s refusal to record a speech. That new show debuted with security guards and “decorative spikes” between the audience and the stage, perhaps to prevent people from getting too close. The Hall of Presidents opened in 1971 as one of the original Walt Disney World attractions, and it has changed over the years. Clinton’s version of the show featured Maya Angelou as the narrator, Obama’s had Morgan Freeman, and Trump’s had Joy Vandervort-Cobb, an actor and professor of African American theatre and performance at College of Charleston.

But the attraction’s popularity waned with time. “It’s time for Disney to put this attraction out to pasture,” the Orlando Sun-Sentinel wrote in a Jan. 19, 2021, editorial. “… It is a window into how political tribalism has evolved over the past 50 years and now disrupts everyday life.” The editors opine that the attraction is not only past its prime, but is also too contentious for a park that describes itself as “the most magical place on Earth.”

“The 2021 atmosphere is not what Walt Disney envisioned when he conjured up his empire’s first animatronic figure in 1964,” the editors wrote. They cited other problems with the attraction, such as including 12 men who were slave owners, and compared that to Disney’s intention to remove the problematic theming on Splash Mountain and replace it with the more inclusive “The Princess and the Frog.” “If you’re going to present U.S. history, you can’t skip the awkward spots,” they wrote, and suggested the show go altogether rather than rewrite any of that history.

Until last year, there was a Muppet preshow outside the Hall of Presidents called “Great Moments in History,” where the Muppets sang about “great moments in history (but just the American parts).” In that, Sam the Eagle poked his head out from behind the 1787 seal on the top of the building, Kermit the Frog played Thomas Jefferson, and Fozzie Bear played Benjamin Franklin. Rumors have been swirling among Disney fan groups that the park might choose to integrate the Muppets into the show this year, which would likely reinvigorate interest in a show that has some of the lowest attendance numbers in the park. Its most popular feature for reviewers? Having great air conditioning and being a quiet place to nap.

Over at Disneyland, A president Ken Potrock says new membership options are “not designed to limit choice and flexibility” compared to annual passes. In the wake of canceling the Annual Passholder program, Ken Potrock, President of Disneyland, spoke to the Orange County Register about the resort’s future membership options. Though he didn’t offer any specifics, Potrock said that the Disneyland Resort team will be using the time while Disneyland and Disney California Adventure remain closed “to develop new offerings and a new way to think about the business given the situation we find ourselves in.” Potrock listed the following questions that are being considered in developing future membership options: “What do people want in this new world? When do they want to access our parks? How frequently do they want to access our parks? With what level of spontaneity? With what level of value? All of those kinds of things and many more.” While the new program will incorporate some elements of the old Annual Passholder program, it will also include new features and experiences.

“There’s nothing off the table as we begin to think about things that are important for people,” Potrock went on. “Whether it’s the number of times that they visit on a product offering. Whether it’s when. Is it midweek or weekend? Is it morning or afternoon? Is it day-part oriented? It’s all of those kinds of things that we’re incredibly curious to hear back from the guests about.” Disneyland and Disney California Adventure have been closed since mid-March 2020 and it looks like they may reach a year of closure. For now, Disneyland Resort fans can continue to visit Downtown Disney District and Buena Vista Street. Keep checking Disneyland News Today for updates.

The Disneyland’s COVID-19 vaccine site recently opened, but they had to close it early because of the recent weather concerns in the area. Disneyland wants to be more careful and safer to make sure that people don’t get really sick and get infected by the virus. I think they are doing the right thing because they want people to be safe during the recent weather and I think that if they did not close it early during the recent weather, then, the chances are that people would start to get infected by the virus and start to get sick and the California cases are going to start rising up again and possibly keep Disneyland closed for a really long time like it has all last year. So, I like the decision that they are making right now.

Feel free to ask me questions if you guys have questions!

Stay tuned for more Disney updates as we go forward.