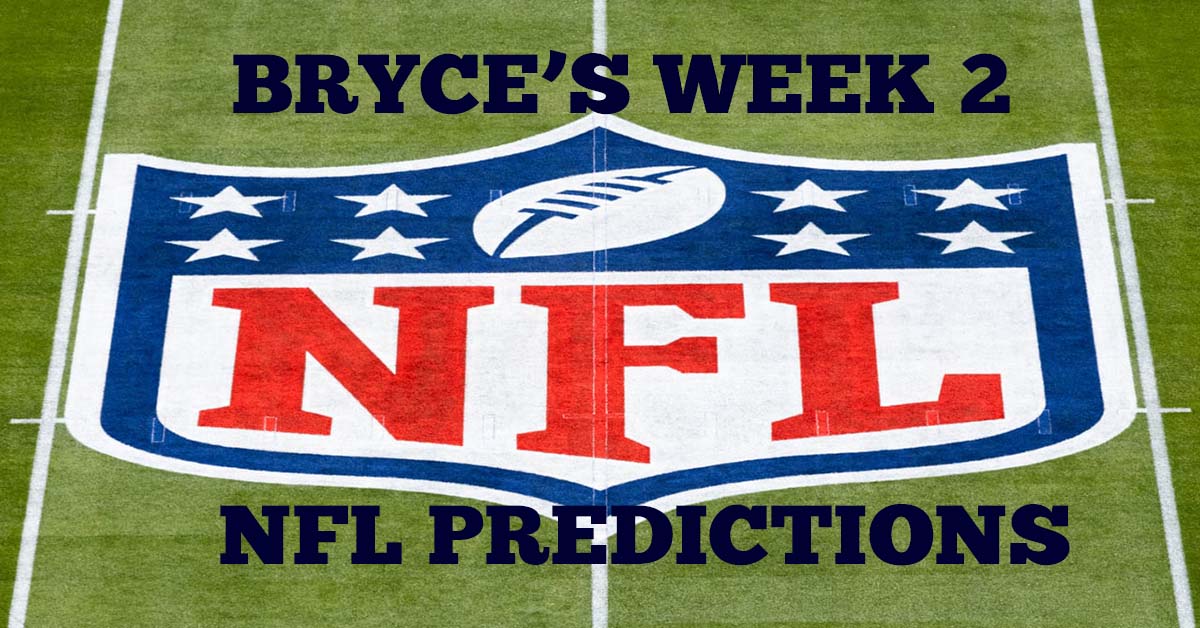 So based off my predictions, I got 5 out of 8 picks correct!

Now let’s move on to week 2 NFL predictions, shall we?! The first game I will predict is the 49ers @Eagles game. I think that this will be a good game. The Eagles demolished the Falcons last week 32-6 and the 49ers pretty much demolished the Lions defense by scoring 41 points on them. I think the Eagles will win in a close game 27-21 over the 49ers. The next game I will predict is the Broncos @Jaguars game. I think the Broncos should win this game pretty easily 34-17 over the Jags. I think the quarterback Trevor Lawrence is still learning in the NFL and I think the Broncos will be a little bit better this year. The next game I will predict is the Rams @Colts game. The Rams are coming off with the win over the Bears and the Colts are coming off with the loss to the Seahawks. I think the Rams will be able to pull this one off over the Colts 29-17 because the Colts did not look all that good vs the Seahawks and the Rams can put up a lot of points against anybody in the league. The next game I will predict is the Vikings @Cardinals game. The Cardinals are coming off with a big win and performance over the Titans and the Vikings are coming off with a loss in overtime to the Bengals. The Vikings have a running back name Dalvin Cook who can be a shifty guy and break tackles. This is going to be another test for the Cardinals rush defense and then you have 2 wide receivers including Adam Thielen and Justin Jefferson. The Cardinals just need to pressure the quarterback Kirk Cousins to put him off his spot and the defense needs to stop the running game of the Vikings like they did last week against the Titans. A former corner back for the Cardinals Patrick Peterson will be returning to State Farm Stadium to play his former team. I assume that he will be trying to cover DeAndre Hopkins. I do think that the Cardinals will find a way to pull this game off over the Vikings 31-17. The Red Sea basically will distract the Vikings offense by trying to make them lose badly because they’re will be a lot of Cardinal fans in the stands. The next game I will predict is the Titans @Seahawks game. I do think that the Seahawks will come on top of the Titans 34-23. I think the Titans may get their running game working again, but I don’t think it may be enough to beat the Seahawks because Russell Wilson is pretty good at finishing games by scoring long touchdown drives.

The next game I will predict is Chiefs @Ravens on Sunday Night Football. I think that this will be a great game, but the last time these 2 teams played, the Ravens were getting blown out by the Chiefs. I don’t think that it will be a blowout, but I think the Chiefs might be able to pull this one off barely over the Ravens 33-27. The Chiefs offense is just too fast for any defense to stop them and they are desperate to going back to the Super Bowland winning it again because they got whooped by the Super Bowl Champion Tampa Bay Buccaneers 31-9 last season. The last game I will predict is the Lions @Packers game. The Lions have not won in Lambeau Field since 2015 and the Packers are coming off a real disappointing loss to the Saints. I do think the Packers will rebound over the Lions 36-20 because I think that Aaron Rodgers the quarterback will be shredding the Lions defense and he is angry and desperate to get his first win of the season. The next game I will predict is the Cowboys @Chargers game. I think the Chargers may pull this one off over the Cowboys in a close game 23-17.

So, what do you guys think about the week 2 NFL picks?! I would love to hear lots of comments, opinions, thoughts, concerns, or questions down below!