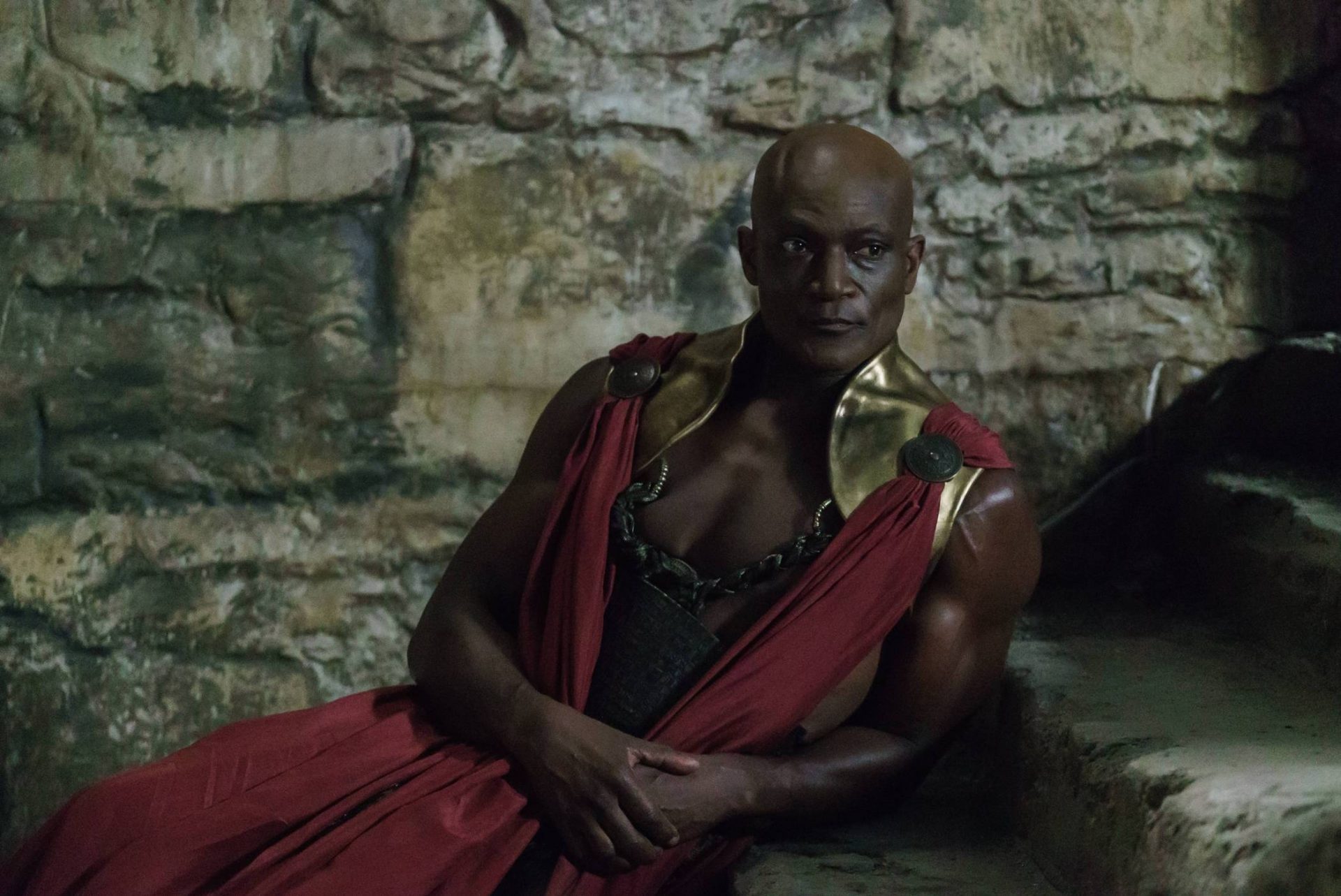 “A shadow older than time has fallen over your soul. You shall be claimed.” – Azzaca to Jenny around the 1:02 mark.

I don’t know about you, but I slightly jumped when I saw this scene during last week’s episode of Sleepy Hollow. Jenny (Lyndie Greenwood) got the cryptic message through medicine man Azzaca (Rotimi Paul) while picking up special herbs trying to help with Agent Reynold’s (Lance Gross) sting from “The Red Lady from Caribee.” Not only that but Jenny is now getting visions while her skin is glowing a burning red from the shard absorbed into her skin. Meanwhile, Pandora (Shannyn Sossamon) left through her tree portal to go on a hot date with someone. This makes me think that she’s going to recruit someone even worse for her plans for Sleepy Hollow. From the looks of it, Jenny and Joe (Zach Appelman) (for helping) may already have beat Pandora to the punch on that by stealing the shard from Nevins (Bill Irwin).

From the summaries for the next two episodes, it appears that Jenny, through the shard, may be responsible for another potential big bad coming into the mix to stir things up against Abbie and Ichabod.  Moloch through Henry tried to turn Jenny evil last season but it didn’t work.  Now with Azzaca’s  message and visions, it may be a real possibility with Jenny now.

Here is the official synopsis  and some photos for the next two episodes from Fox:

“The Art of War:” airing this Thursday, November 12 – When Reynolds heads to D.C. to discuss developments in the Nevins case, Abbie is left in command. Jenny and Joe deal with unexpected consequences as a result of stealing the shard, which leaves both the lives of the heroes and Abbie’s career in great peril. Meanwhile, a new, more dangerous evil force is revealed… 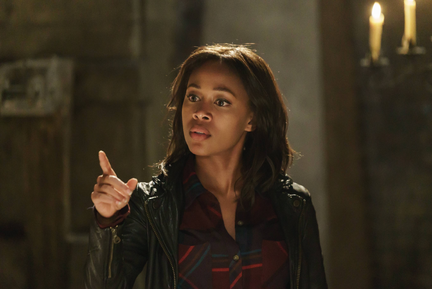 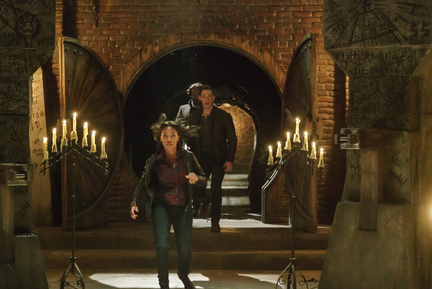 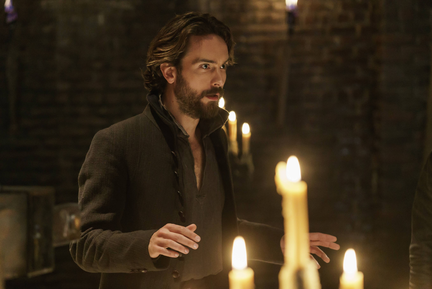 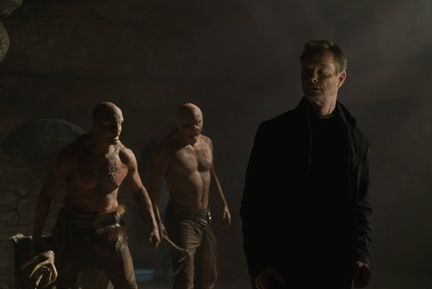 It looks like the case against Nevins may takes a demonic twist but not in a good way.  My guess is the mysterious man Jenny saw briefly last week will tease us some more in this week’s episode.

“Novus Ordo Seclorum” airing next Thursday, November 19 – In the aftermath of Jenny and Joe’s run-in with Sophie, Abbie is in deep water with Reynolds. Meanwhile, the Witnesses deal with lasting implications of the shard and find themselves in grave danger as they come face-to-face with a greater evil than they could have imagined. 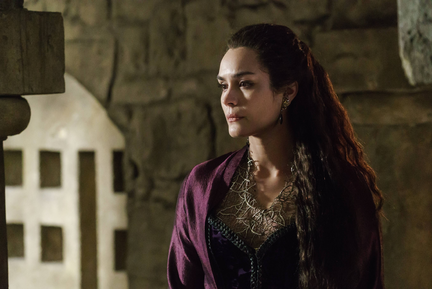 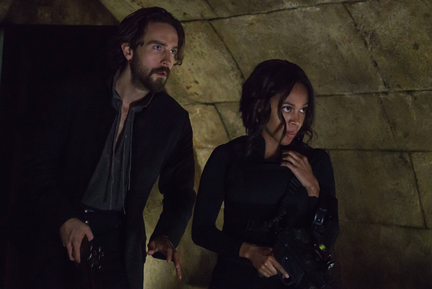 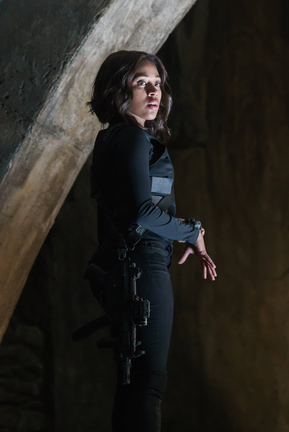 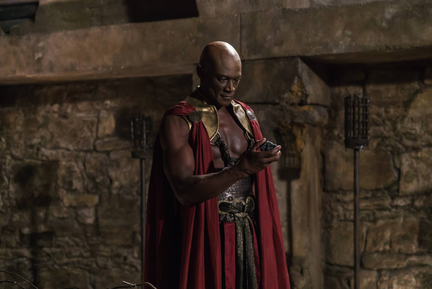 When I saw Peter Mensah in photos from the November 19th episode I got really excited! I loved his character Doctore/Oenomaus from the Starz Spartacus series so this makes me intrigued by this story arc.  While he appears to be guest starring in the next two episodes I can see this potentially being a bigger arc, especially if he works with Pandora.

Here’s what Showrunner/Executive Producer Clifton Campbell had to say about Mensah’s character:

“We’re very excited to add Peter Mensah to the list of intriguing, dynamic characters on Sleepy Hollow this season.  He plays the Hidden One, an Old God from a Pantheon before recorded time who comes to Sleepy Hollow with an even older score to settle with our Witnesses.  Peter’s extraordinary presence and powerful body of work make him the perfect addition to our Second Tribulation.”

I had to also ask writer/producer M. Raven Metzner via Twitter to describe Mensah’s character in one word and here is what he said:

If Pandora and Hidden One has learned anything from Moloch, you can’t underestimate Team Witness! Abbie and Ichabod, with Jenny and Joe, will persevere and win the war. Bring it second tribulation!

What are your theories regarding “The Hidden One?” How will he be added to the mix?  Do you think Pandora anticipated this? What is going on with Jenny? “What does the mysterious writing she envisioned means? Sound off below in the comments!

Be sure to follow us when we live tweet the East Coast airing of the show on @TNE_TVTalkPod. We also discuss the show every week on our podcast TVTalk with The Nerd Element!