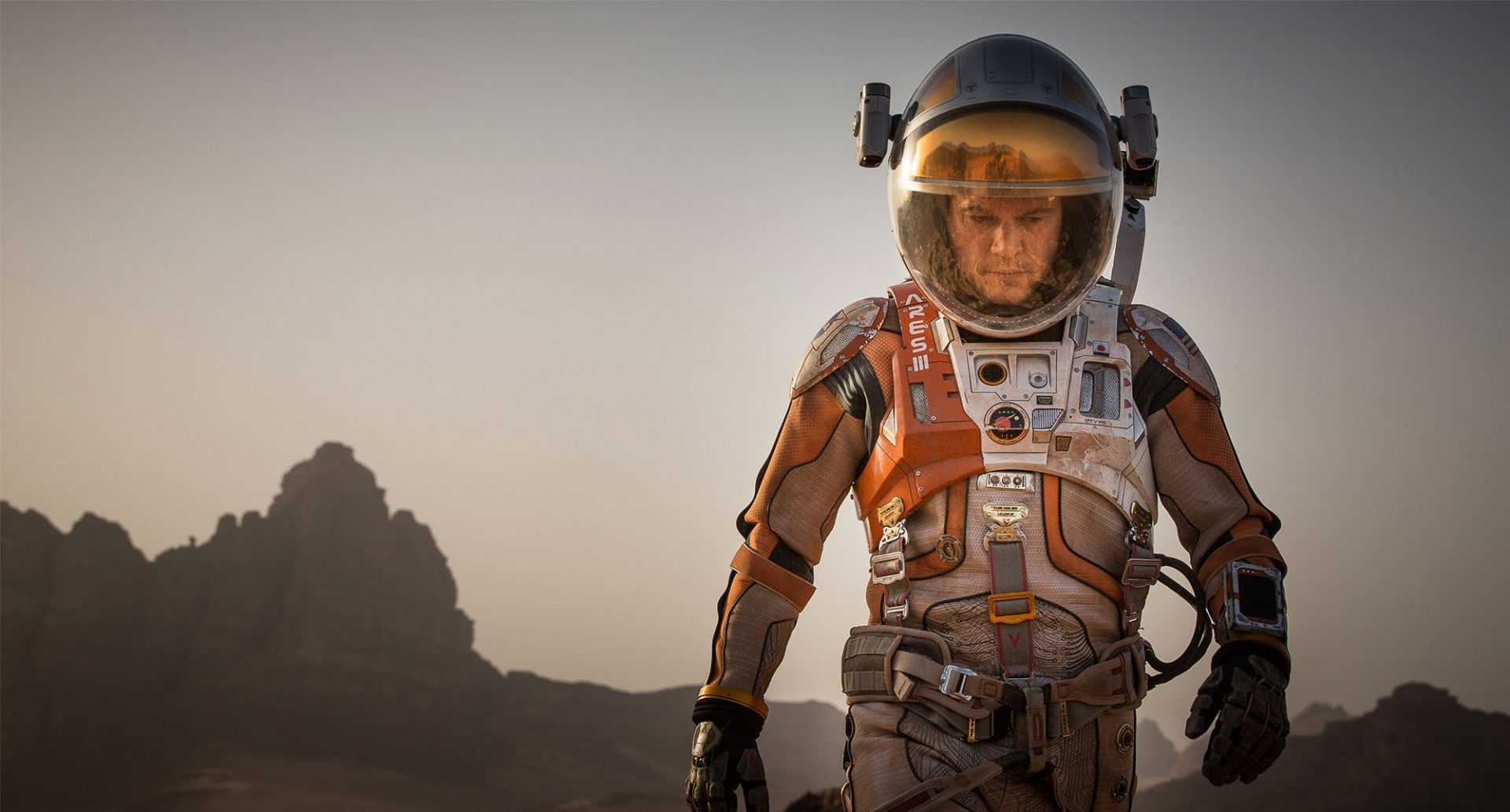 The Martian is the latest film from director Ridley Scott, famous for Alien, Blade Runner and Gladiator among many more. The movie tells the tale of Mark Watney, an astronaut who is presumed dead when a mission on Mars goes awry. While the world mourns his passing, it turns out Watney is actually alive. He must find a way to survive on an uninhabitable planet and find a way to communicate with NASA.

The film wisely doesn’t waste any time in getting right to the storm that caused Watney to be stranded, half an hour of chit chat between the team beforehand isn’t necessary. Most people watching the movie have seen the trailer and want to get to the part of the film where Watney has to adapt to survive.

The casting of Mark Watney was crucial to the success of The Martian, with the character spending so much time alone on screen he needed to have a strong screen presence. Matt Damon is perfect for the role; he handles the emotional and funny parts of the script with ease.

The cast list for this film is extremely impressive on paper however I did feel a few roles were miscast, with Jessica Chastain and Sean Bean sticking out to me in the wrong way. It must be tempting to cram in as many big names as possible but that doesn’t always make for the best end result. Chiwetel Ejiofor and Kristen Wiig were great; it would have been nice to have a bit more screen time for Wiig.

The Martian is a stunning film with impressive special effects; Ridley Scott sure knows how to make an epic. 3D really adds to the spectacle, which is sadly often not the case.

I appreciated the use of disco music throughout the movie, but it isn’t so prominent as to irritate those who aren’t so keen on the genre.

It does however struggle to maintain a good pace in the middle section of the film, making it feel a lot longer than the 141 minutes it runs for. There are certain plot points that aren’t fully explained, I imagine they have been edited out in an attempt to keep the runtime down.

It is an intriguing story but it did fall into a pattern of presenting a problem, solving it, presenting another problem, solving that etc. It makes The Martian feel a little clunky and predictable at times. The humour in the script prevents it becoming too serious and makes the film all the more enjoyable.

I have no idea if the science in the film is plausible but it is unlikely to matter to most people watching it who will simply enjoy the ride. It is Ridley Scott’s best film in a very long time and a must see on the big screen.

Shia’s Haul: Saiyan Ain’t So. A look at what could be the biggest Dragon Ball collection in the world